There are numerous bosses you will encounter while playing Jaquio: Angel of Death rpg game. Each boss is unique and require different strategies to either make the battles easier to defeat, or possible to defeat at all. Below is a list of boss encounters, and the strategies for achieving victory!

Sythe, “Unknown” (First Encounter): Not much is necessary to be said about the first encounter with Sythe, because this battle is fixed. To complete this battle, attack Sythe with normal Fight Command or Combo Command three consecutive times. Sythe is a recurring character, and will end up being a very formidable opponent. 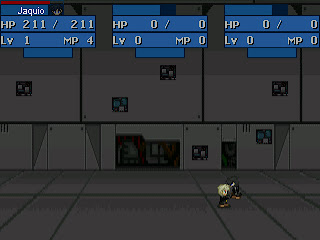 Ability listing:
1) Body Throw: Sythe can throw allies into the background. This ability is actually a magic attack, and will slowly tick away damage over time until ally is nearly dead. There is no specific damage amount. 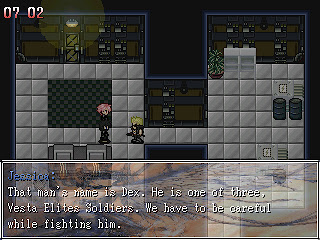 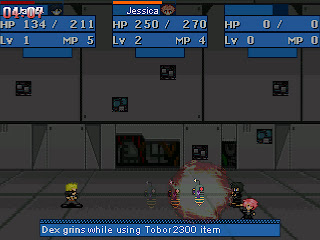 Mother Sewer Bug: Found lurking in the shadows of Bertesgaden Sewers, the Mother Sewer Bug is a vicious opponent. But she is beatable. Her strength comes from being able to poison you and then gaining an increase in all her stats as a result of it. The strategy for beating her is simply to keep Eye Drops persistently applied to Jaquio. Eye Drops prevents the effects of her poison, and therefore, will prevent her from becoming stronger in battle. 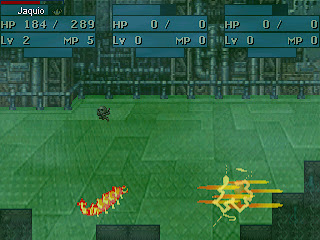 Pro Tip: If you defeat Mother Sewer Bug the "hard way" you will earn the "Awesome Battle Build" achievement. This will grant additional BP at the end of the Battle. The "hard way" refers to not letting Mother Sewer Bug defeat herself with her Ultimate ability, which she will do after becoming so weak and frustrated from you using Eye Drops continuously. Burn 250 HP with minimal use of Eye Drops just to control Mother Sewer Bug's strength growth--as opposed to preventing it--and you will receive the bonus reward.

Note: Page is still under construction

Leonard Tatum
Leonard Tatum A.K.A DRXeno has over a decade of programming and software development experience. Learn more at http://leonardtatum.blogspot.com/p/about-me.html